HPP IN A BRIEF

Hockey Partnership for Progress (HPP) is a joint project of five ice hockey federations in the Western Balkan Region and several other partners providing essential expertise. The project is Co-Founded by the Erasmus+ Programme of the European Union and was developed to kick-start development of ice hockey ecosystem in the region by raising awareness, improving governance practices in ice hockey and, additionally, addresses the key areas affected by the lack of it.

The participating IHFs used to share competitions and country, but, unfortunately, their cooperation was violently interrupted by the war. Today the participating federations have reached a maturity level when they have managed to establish a new joint IHL league. However, in order for the ice hockey in the region to attract media, sponsors, governmental support and fan affection, and thus grow, a joint effort should be made to establish good governance practices and turn the vicious circle of negative consequences into a positive direction. The HPP project is focused on improving the abilities of the relevant stakeholders involved through various educational activities, building on each other and guiding participants from all levels towards better alignment with Good governance principles. Primarily the project aims to improve the management which influences all the other subsystems and stakeholders, while other stakeholders (coaches, referees, players) will also be addressed with specific topics to help them improve their role as full members of the ice hockey ecosystem.

You can learn more about the project partners here. 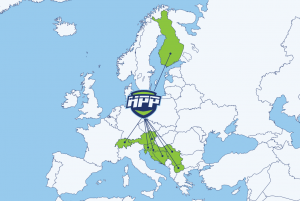 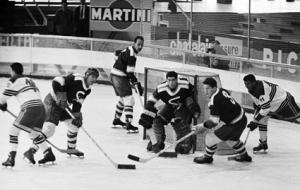 In the Western Balkan region ice hockey has, as have many other team sports, played an important role throughout the history of the project partner countries. Once joined in a single country and single market, the joint league competitions were bringing the nations together and bringing joy to thousands of fans across the region. The coherence and harmony between nations that can be achieved only through sports were visible especially during international competitions where Slovenian, Croatian, Serbian, Bosnian and Macedonian players joined under one national flag of Yugoslavia to play against bigger and stronger opponents from other countries. The Yugoslavian sports teams were competitive and were reaching the highest places on the world stage in football, basketball, handball, ice hockey, and other team sports, mostly due to the fact that the sports supportive framework, enabling it to flourish, was in place and was actively managed.

Unfortunately, the prosperous cooperation in sport between former Yugoslavian countries was violently interrupted by the war, leaving individual governments to focus on other priorities, such as rebuilding their countries, building infrastructure and ensuring proper self-management. Among these and other important aspects of society that suffered during and after the war the sport as collateral damage has suffered deeply.

The joint league competitions were disintegrated, the governmental funding for sports programs and infrastructure was interrupted, the central management and national teams were disassembled. After the war the individual federations and clubs were left alone to regroup and organize, relying mostly on the goodwill of the volunteers, who have, for more than 20 years, been working in their spare time to rebuild the federations and clubs. Nowadays, the Federations and clubs are finally showing promising signs of recovery, however, due to loss of common competitions, lack of media attention, obsolete and scarce infrastructure, reduction of sponsorship, lack of support from the governments, the process continues to run slow.

Like in many sports in the former Yugoslavia, the majority of organizations in ice hockey are still running on low budgets and are led by part-time employees and volunteers, with their only focus being short-term survival. Due to limited resources and access to knowledge, the development aspects have hence been heavily neglected which on the long-term affected their abilities to acquire media, sponsors, fans, and government support, and run better and safer youth programs. This inability results in lack of competitiveness of the national teams on the international stage which mirrors the underdeveloped ice hockey environment.

Despite all the issues, the federations and clubs have reached a maturity level, where joint regional competition, which also requires larger operational budgets in clubs, makes sense. With the help of the Growing the Game Fund and extensive support from the International Ice Hockey Federation (IIHF) the affected Federations have established the new International Hockey League – IHL. The IHL aims are to develop and promote ice hockey in the region to attract financing, media coverage, and fans, recruit more youth players, and improve the standards and training conditions in the region. However, long-term success and growth of the IHL competition will only be achieved, if proper foundations are in place and if the people involved are able to address the issues they face in their day-to-day operations and push forward using knowledge, experience, training they haven’t been yet able to acquire and which the individual Federations and Clubs couldn’t afford.

Follow us on Facebook to stay tuned for updates and contents that could help you develop the sport ecosystem you are a part of.

Event #01: HPP Good Governance Seminar
Scroll to top
We use cookies to ensure that we give you the best experience on our website. If you continue to use this site we will assume that you are happy with it.OkPrivacy policy